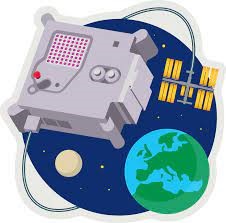 Two teams of Marling students have successfully moved to phase 2 of this ESA sponsored competition. The Year 10 team is planning to run an experiment on the ISS to measure the Earth’s magnetic field from space. The Year 13 team is planning to predict cloud weather using AI and to compare with real-time data from the ISS.

Both experiments are using raspberry pi computers to collect and process the data.

The challenge now is to create the coding that could be sent to the ISS in phase 3 of the competition. To help the teams design and test their experiments on Earth, they have received the following kit:

In addition, the Year 13 team has a Coral machine learning accelerator.